In the world of motorsports ‘mechanical sympathy’ is the measure of a driver’s impact on their vehicle. As well as fuel economy it is probably well understood by most people that your driving habits do have some impact on how long your car is likely to last, how often it needs attention, and how quickly the parts will wear out. The world of professional drivers is no different, except that excess punishment of the car can mean that vital few more seconds spent in the pit lane – which can cost a racing team a lot more than just this year’s annual service coming up sooner. 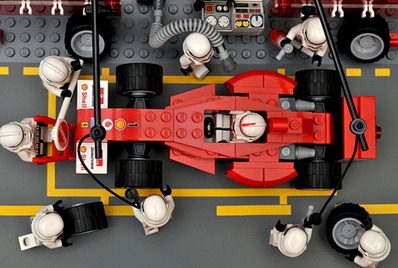 Mechanical sympathy attempts to quantify that impact and allows teams to acknowledge it and work on balancing car wear against squeezing that last little bit extra out of it.

I did a motorsports driving course a while back (number of formula 1 events participated in since training: 0 – number of speeding tickets around town since training: 1) and was mercilessly rated in this category. I guess that explains the frequency of servicing that my long-suffering saloon seems to require…

As an outsider to the world of motorsport the importance of certain metrics is immediately obvious – lap times or time spent under power etc – but why measure drivers on something mechanical? These guys don’t fix their own engines, swap out their own gearboxes, or tune their own brakes; that’s someone else in the team. But, as drivers, they do have a direct impact on how often this needs done, how severe it’s going to be, and how expensive it will be to do – and that has a direct impact on winning and losing.

So why don’t we measure the non-IT people in our businesses on their impact on technology? I’d like to introduce the concept of technical sympathy.

I think that people in our businesses should have at least a small part of their KPIs relate to technology. We’re not expecting them to be developers or sysadmins – in the same way that drivers aren’t expected to be mechanics – but we have to acknowledge that they do have an impact on this stuff (probably more than they realise).

Good stakeholdership can make the difference between a well-run project hitting time and budget and a chaotic piece of work drifting on endlessly. Considerate use of systems can avoid the need for expensive environmental controls and the wasting of shared resources such as disks and tapes. The costs and turnaround times of support can be dramatically different with more personal responsibility and better use of self-service at the desktop.

In almost every company I have worked in we’ve measured engineers on business knowledge and company performance to some degree, yet we never seem to have thought of the reverse even though business behaviours can have a profound effect on the cost and quality of technology.