If you expect everything to work all the time, if you believe everything will be perfect first time around, if you think everything you try and every idea you have will always be brilliant - then you are living in some kind of delusional hyper-fantasy. Stay there, trust me, it's better than out here.

But if you decide to take the red pill, and join us here in the real world, there are a few things you should know that will make your integration easier. 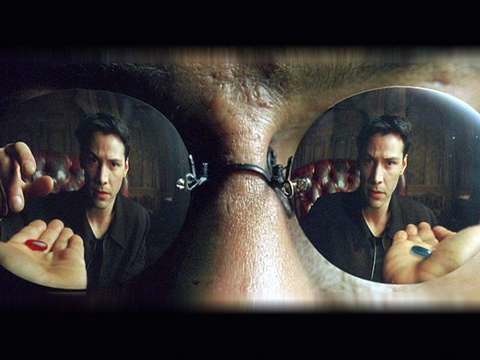 Firstly, machines have not taken over the world, and human beings are not just a kind of great big box of Duracell batteries to them. But this is mostly because we can't make machines awesome enough yet, see below...

Out here in the real world, we mostly learn by doing things (until we can make those machines that beam kung-fu directly into our brains). We try something out, observe the results, and then we do it again with some slight variations. Those little tweaks we make as we try again and again are based on the pain we feel each time it doesn't work out. We call this a feedback loop, and we've learned this way for thousands of years - if there was a better way to do it, a way we could just "get it right first time", then trust me, we'd be all over that by now!

We'll be honest with you - you can, even in the real world, get by with very little of such trial-and-error experience if you want. A well-established pattern of mundane mediocrity leading directly to obsolescence is readily available. In fact, you'd be surprised how popular a choice this actually is! Let's call it the grey pill.

Assuming you don't fancy the drab, lackluster, second-rate existence the grey pill guarantees, what else can you do with the humans under your command?

Firstly - and most importantly - allow them to try. Don't expect every idea to be killer, or everything to work out first time around. Allow - no wait - require experimentation and iteration. It is the number 1 way your humans will expand their understanding, and believe it or not, a string of failures is the shortest path to that one thing that does work brilliantly. Tom Watson, an old golf-playing human we have out here, once said “if you want to succeed, double your failure rate”.

You might notice that some of your humans seems a little reluctant to embrace the idea - especially those recently defrosted from 'grey pill' institutions. How can you spruce them up into lean, mean, mistake-making machines?

People often fear the consequences of failure more than failure itself. So the best course of action is to make the consequences of failure something to look forward to - not something to hide from, and cover up. Why not try celebrating failure? If one of your humans has an idea, tries it out, and then brings back some knowledge and experience to the rest of the team, then you are much better off than you were before. Make a big deal out of it, demonstrate to the rest of the team that it's OK to try. Stretching yourself won't be punished.

That doesn't mean rewarding scattergun bravado - what you're trying to encourage is a culture of balanced risk and methodical approach.

I like the old saying "fail fast, fail cheap" because as a statement, it gives permission to try new things, yet it is also prescribes some basic guidelines. Take the shortest path you can to discovering your idea doesn't work, and invest the minimum you need to in order to reach that same point. After all, you'll need those resources for your next idea.

So, thanks for joining us out here in the real world. We really hope you'll make the most of it by embracing failure and trying new things out, because this is the only path to discovery and success - oh and we'll never build those dominant supercomputers to have a nifty war with if we don't believe in innovating!

Maybe this post will be a failure. Maybe my message won't get into the dreamworld (where we don't believe in failure) or grey pill land (where we don't try just in case). But do you know what? I won't mind if it doesn't - because I will have just eliminated one of the ways it doesn't work, and that's a step forward...
Posted by Unknown at 12:14